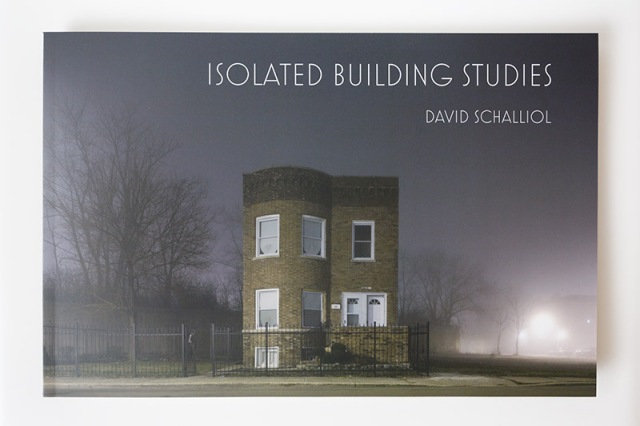 There’s something romantic about “nail houses”. That’s what China calls a building whose owners refuse to vacate in the face of mass redevelopment. The phenomenon came about when China’s population increase and flow towards urban centres began. As China’s cities and the infrastructure linking them continued to expand, owners of rural or previously unremarkable properties were suddenly finding they owned prime real estate. Campaigns of defiance by the owners often lead to developers building around their buildings. A series of them are documented here—although the author of the accompanying text stupidly refers to the houses as “standing in the way of progress”.

The Anglosphere is no stranger to holdouts. New York has plenty of these David vs. Goliath stories including the monumental Million Dollar Corner in N.Y.C. 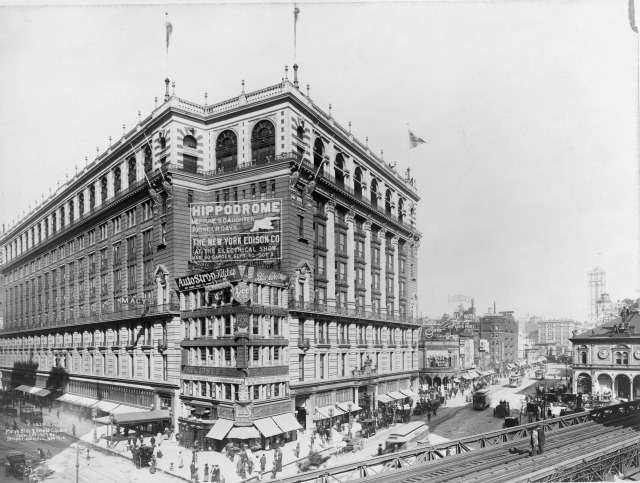 Using a series of photographs uniform in composition, David Schalliol’s Isolated Building Studies documents some of Chicago’s contemporary holdouts. But the buildings he profiles are not like the much venerated ones in the fabled tales of New York or China. They are isolated—not built around but sitting lonely with an entire street or block to themselves. 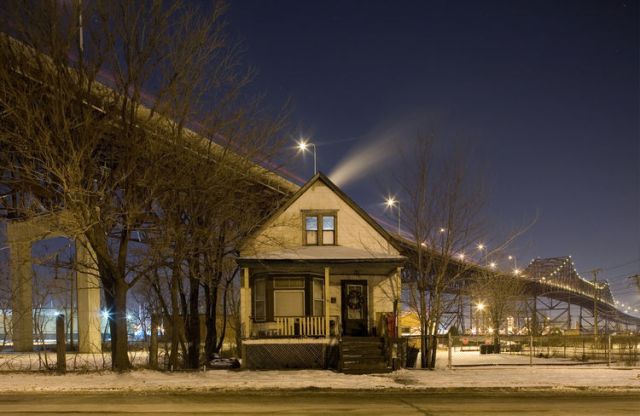 Holdouts are often thought of as success stories, but in stripping away the hero stories Schalliol’s pictures allow us to see an underlying truth about nail houses. These are the remnants of places lost—often rapidly—at the hands of developers. In remaining behind, the occupants are now detached from the very things which caused them to form such a strong bond with their buildings—the communities, neighbors and shared sense of place. 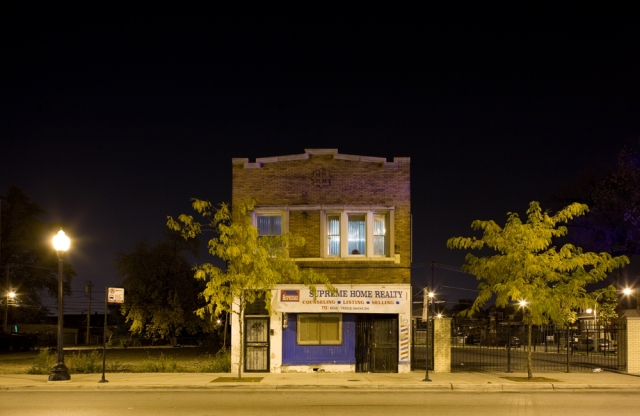 The underlying tension is that isolated buildings occupy a certain duality of transformation: with the dissolution of one community comes the creation of another.

Schalliol’s mission, in giving us the impetus to critically inspect any examples we come across in our own towns and cities is not to tell the story of individual buildings, “but to ask what is causing this phenomenon?”

This entry was posted in books and tagged books. Bookmark the permalink.