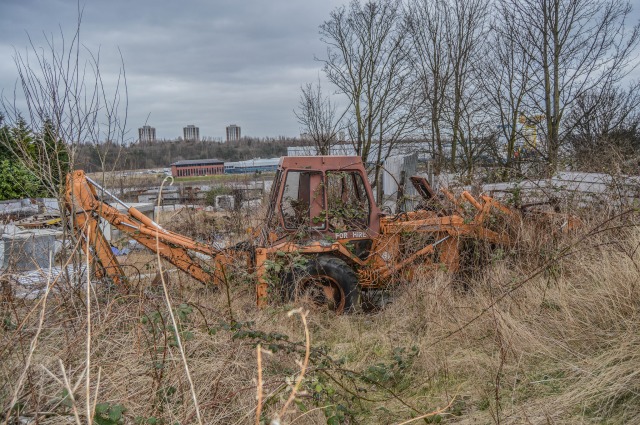 This is a portrait of city in perpetual stasis. The collection shows an unauthorised narrative of Newcastle behind fences, over walls and in places you’re not meant to look.

Images of the Tyne Bridge are cultural shorthand for Newcastle. The greeny-blue steel behemoth is the subject of millions of photographs and a strong regional identifier for anyone who lives here. Get on Flickr and search either Newcastle or Gateshead and you’ll see most of the results are pictures of the bridge, which fuses the two sides physically and culturally.

Not many take the opportunity to view it from this derelict land on the Gateshead side, sandwiched between the Swing Bridge and Royal Navy academy. This is the site the floating Tuxedo Princess nightclub once used. After the ship left its mooring on the Tyne in 2008 the land was fenced off returned to nature. 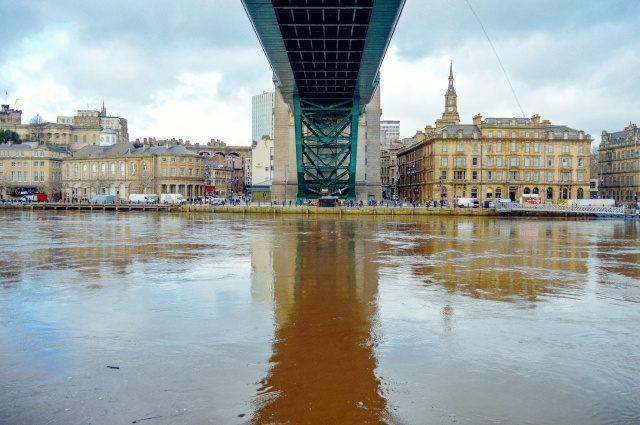 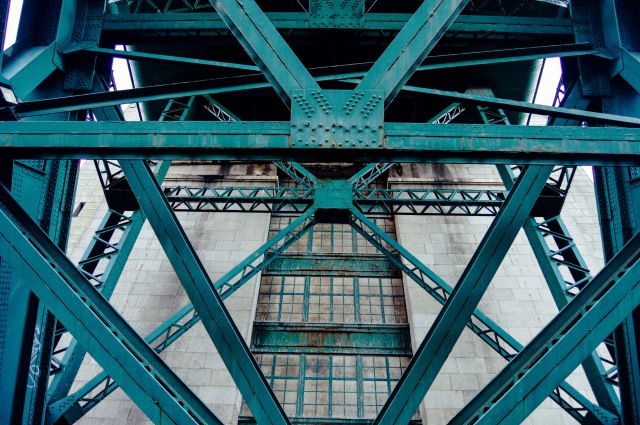 All along the river there are remnants of the past in various stages of decay, like this abandoned fishing boat which you can see in Jarrow. Cheaper to leave it floating lifelessly than scrap. 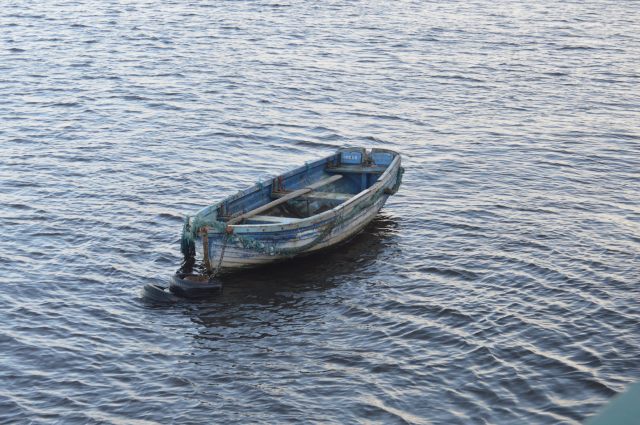 Speaking of rivers, this is the sealed up entrance to a World War II air raid
shelter deep under the Ouseburn culvert, which feeds the Tyne. 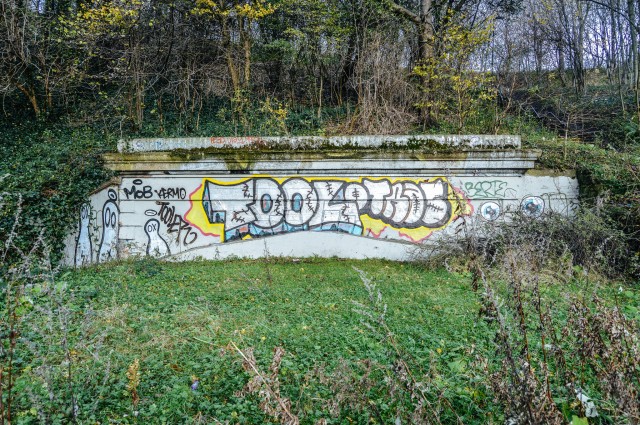 The immediate area the culvert bypasses is a surreal clash of civil engineering prowess and a quiet rural bliss. Spanning over the verdant valley hills are three structures:  the 1839 Ouseburn Viaduct carrying mainline rail traffic, the 1979 Byker Viaduct for the Tyne & Wear Metro and the 1878 Byker Bridge allowing vehicles and pedestrians to cross the river. 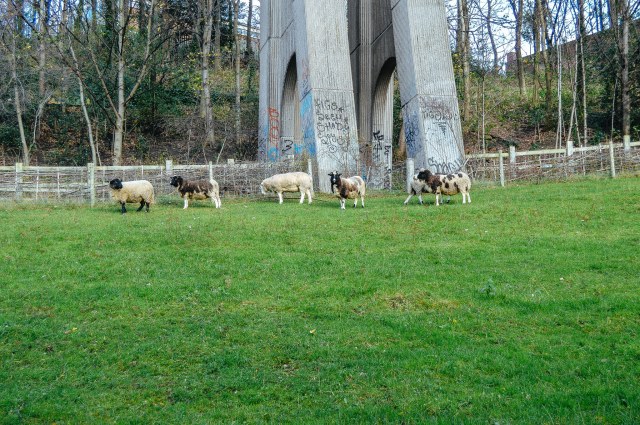 The recent gentrification of Ouseburn makes it easy to forget the area’s heavy industrial past. Rising from the muddy ground in the middle of Ouseburn Community Farm is this sandstone ruin. It is the vestigial remains of what was probably the engine house of an 18th century flax mill.

The site was taken over by the Northumberland Lead Works which had commenced operations in 1871. The plaque was rehomed here from its original position somewhere within the original 19th century Lead Works. This area was so contaminated by lead production that Newcastle City Council had to introduce sterile topsoil onto the site to enable development decades down the line.  To think that what is now a farm was once one of the most inhabitable places in the city is quite amazing. 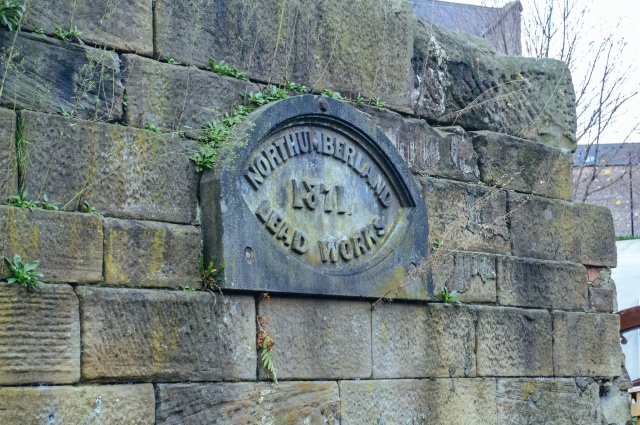 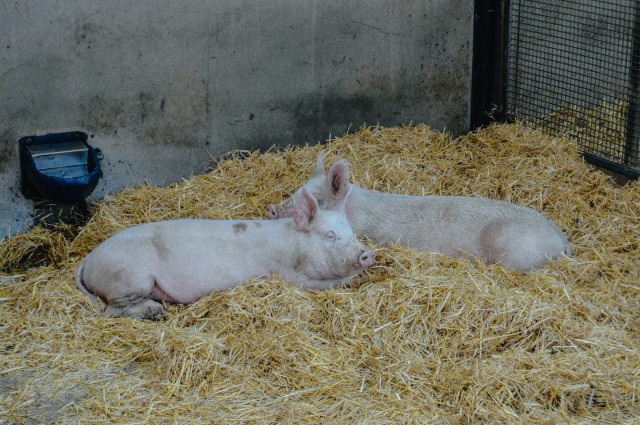 Not far away City Road in the historic Sandgate area is a paragon of dereliction, with three shining examples.

The Barley Mow pub (later Stereo) was an architectural award-winning building. The premises were vacated in 2009 but a string of arson attacks have expedited the former pub’s dereliction, with no roof and a jungle growing into the sky. 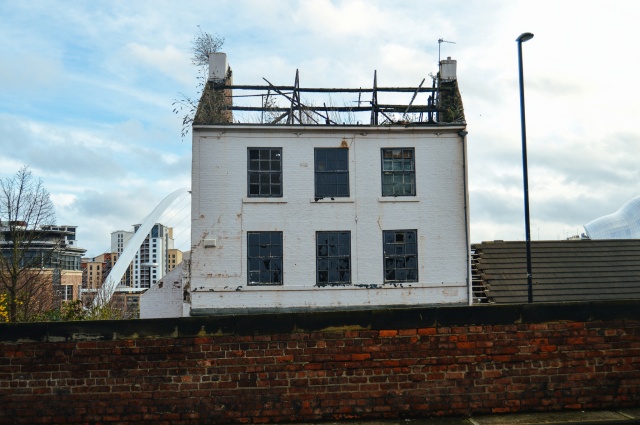 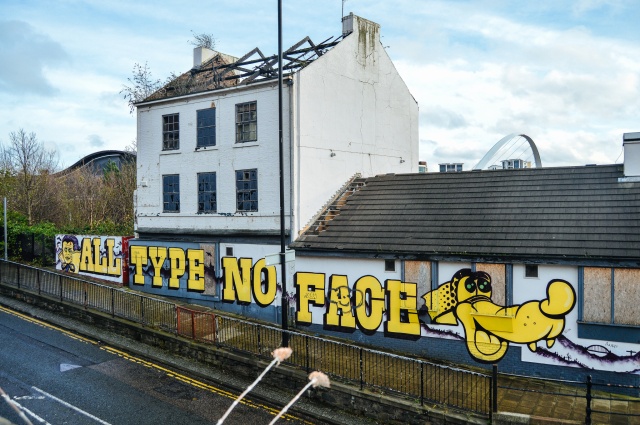 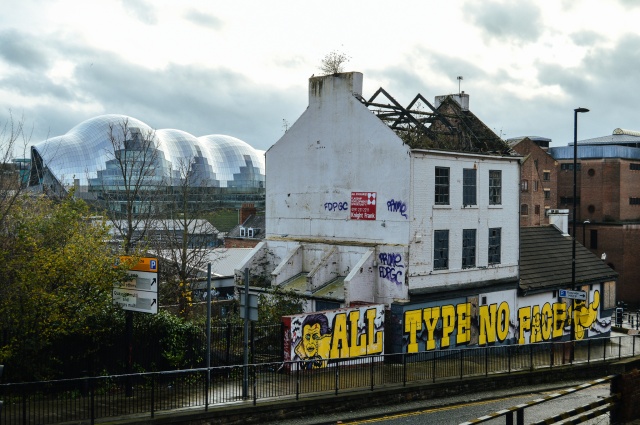 Just over the road the Keelman’s Hospital doesn’t look derelict. The immaculate brick façade is enough to trick you, but if you pay attention to the state of the clock tower there are some tell-tale signs. The building was originally constructed in 1701 as a hospital for the Keelmen, a fraternity of brothers who navigated coal boats in the Tyne. The Keelmen declined with the coal industry’s fortunes and the building was left in the hands of Newcastle City Council. It had been in residential use since at least the 1950s, latterly as student accommodation for nearby Northumbria University. 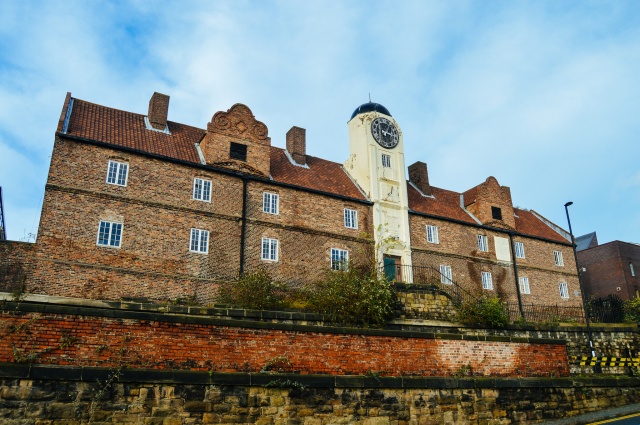 Next door to the hospital is an old Salvation Army centre, built in the 1970s on the site of what was the Royal Jubilee School. The school was constructed in 1810 to celebrate the 50th year of George III’s reign, hence the name. The centre closed in 2014 when the Salvation Army lost the contract to provide homelessness and substance abuse recovery services in Newcastle—slightly bizarre to think this is a service put out to tender and bid on competitively when we assume it is provided by whichever charitable organisations wish to help. 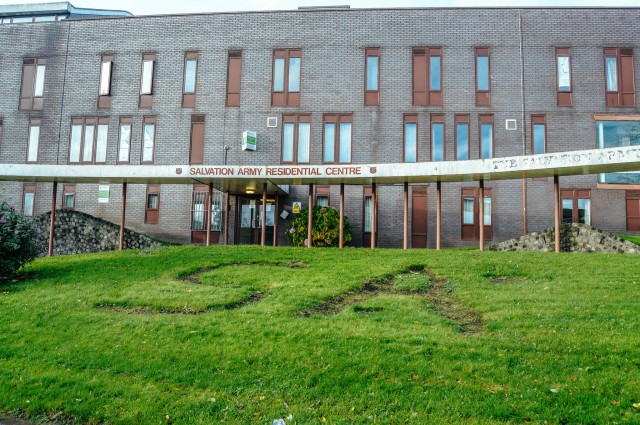 Moving into the City centre, you can walk on what was the pedestrian deck of Bank House, which was so important in the history of Newcastle that there are no pictures of it on Google images. I think this is essentially what was the base that the rest of the building was built on. In the right background you can see the stub of the elevated walkway which connected to Bank House. 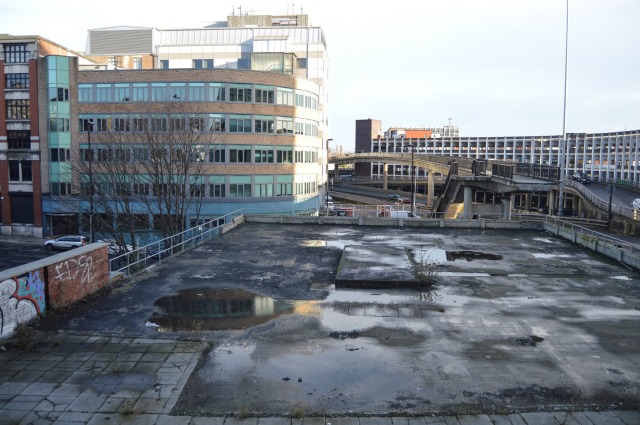 Bank House was presumably built as offices for the Bank of England site which was also here in Carliol Square. These are the stairs to nowhere you have to walk up to get to the nowhere that is shown in the above photograph. Bank House was demolished in 2012 and I’m at a loss as to why the base wasn’t torn down with the rest of the structure. 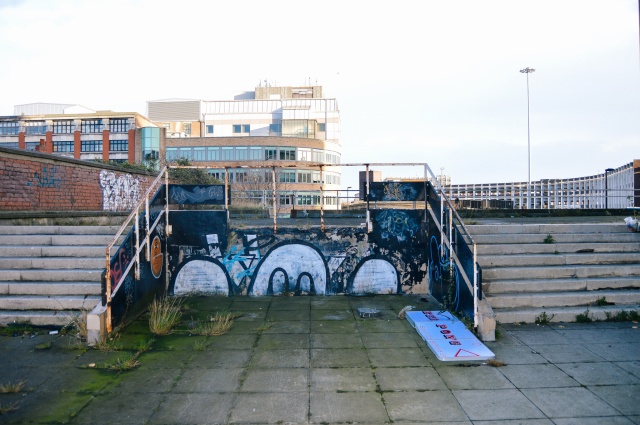 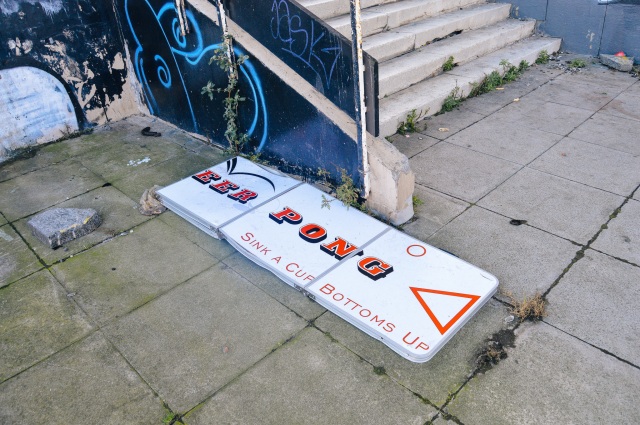 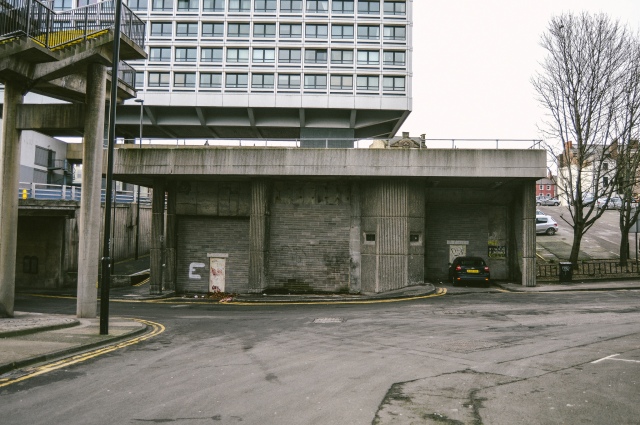 A few steps away there’s an archway which disappears at its apex. Someone even went to the trouble of bricking it up to enhance its structural integrity. I suspect it is still in tact to help hold up the miniature tunnel underneath number 10 Carliol Square which leads to the phantom Bell’s Court street. Thanks to large scale demolition of the area throughout the 90s-present, if you trace the route of the old street you would just be walking through the middle of an NCP car park. Whichever building the archway belonged to was in existence as early as 1860 and as late as 1990. It was not labelled on any historical ordnance survey map meaning it was probably a residential or retail building. 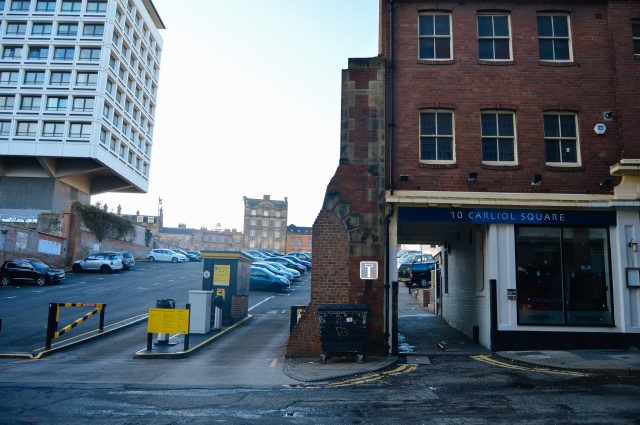 Just around the corner from Carliol Square is Worswick Street, another part of the East Pilgrim Street area which Newcastle City Council consider a “key regeneration priority”. Here lie the ruins of the old bus station, once one of revolving doors in and out of the city. Closed in 1996, the former station stands derelict and is used as a car park. 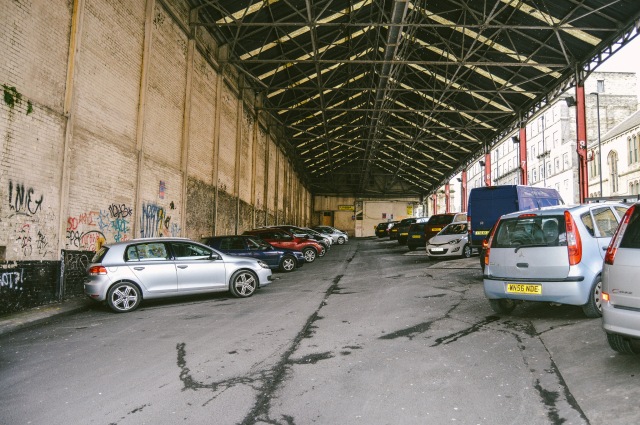 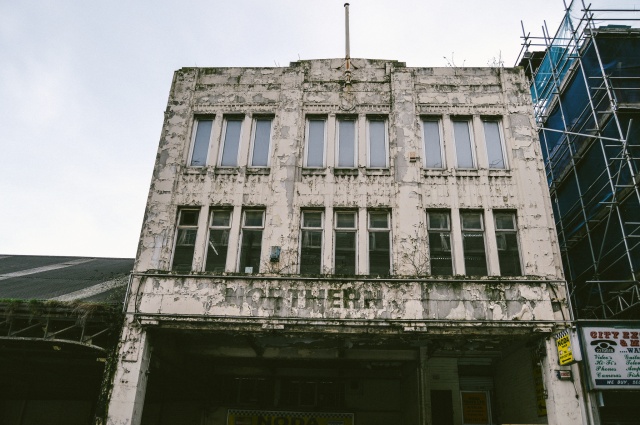 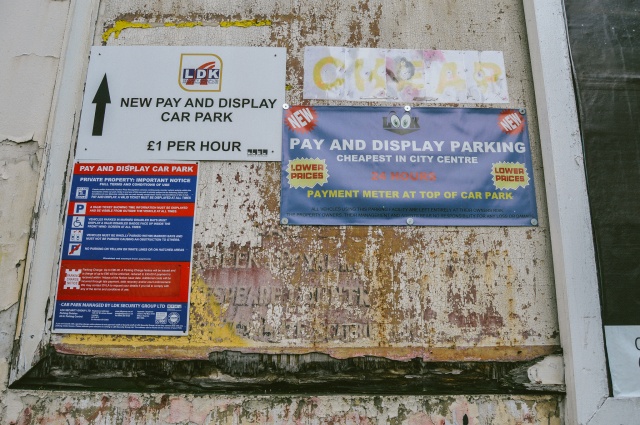 When the Worswick Street Bus Station closed footfall to the street tailed off dramatically, with shops eventually closing too. For at least seven years former Worswick Chambers building, which housed some of the street-facing shops as well as offices, has been propped up by scaffolding. 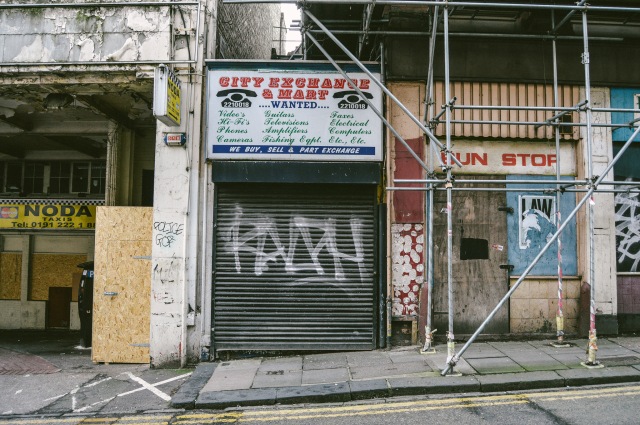 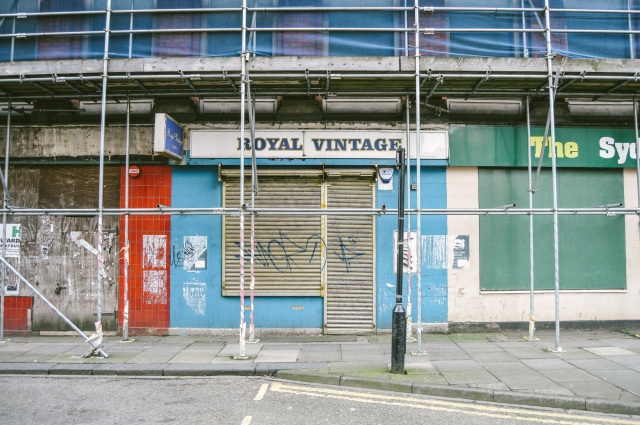 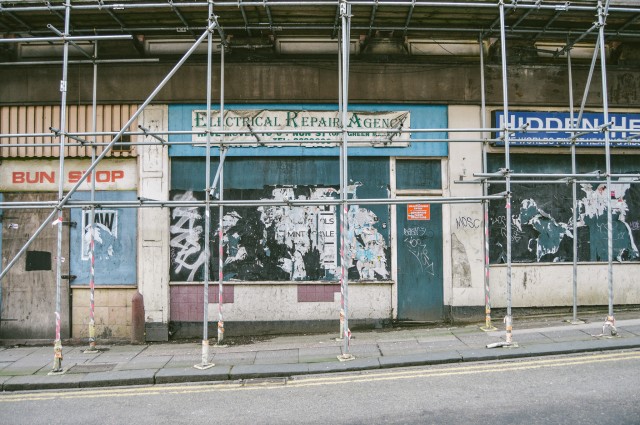 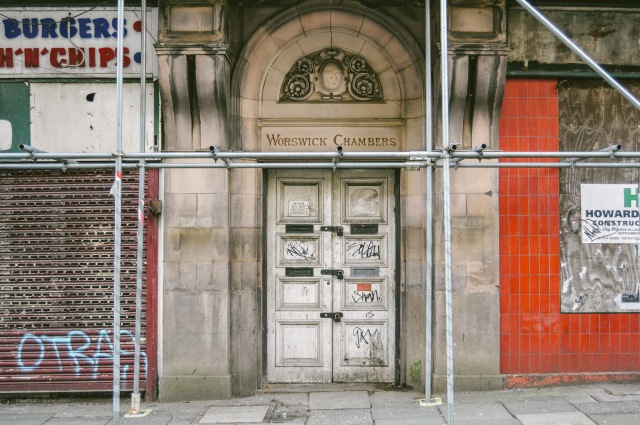 This entry was posted in local history, research and tagged newcastle. Bookmark the permalink.