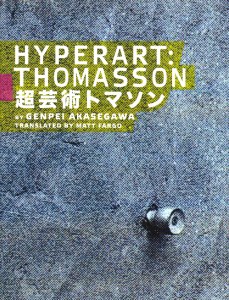 “Thomasson” is the term coined by Japanese conceptual artist Genpei Akasegawa to describe vestigial remains of the urban past that can be found in any city around the world. These are the staircases that don’t lead to dead ends, the doors which open into thin-air and the stumped telephone poles— pieces of “unintentional art created by the city itself”.

I guess the reason I get freaked out sometimes when looking at Thomassons is because it feels as though I’ve seen a ghost. The ghost of architecture, the ghost of physical space. It’s as if the spaces themselves were alive—or at least brought to life by people. People gave them breath. And so these living spaces also experience death, and their ghosts linger in the places they once lived.

They are not just street furniture and redundant structures forgotten and allowed to lapse into dereliction. No! Much to Akasegawa’s surprise he discovers that they are maintained. Yes, someone is looking after these canopies devoid of windows to protect, these gates to nowhere, these backfilled tunnel entrances—making sure that they are polished and as presentable as the rest of the built environment.

Avant-garde artists have something of a reputation for dense, abstract and altogether impenetrable prose—that’s why this book is a treat to read. Akasegawa’s genuine passion and childlike sense of wonderment are reflected in this endearingly humble work.

He begins by curiously observing individual occurrences before forming a research organisation to document them. Through art exhibitions, photography magazines and the art community in Tokyo the pursuit of Thomassons becomes a genuine phenomenon in 1970s and 80s urban Japan, with even the president of the Royal Observatory and local government workers rolling their sleeves up to go out with their cameras and hunt for these architectural ghosts.

This entry was posted in books and tagged books. Bookmark the permalink.
Loading Comments...