Wardley is now largely a residential area of Gateshead but was once home to a cluster of collieries which employed thousands in the area. It was officially opened in 1855 but boring operations had commenced at the beginning of the century nearby. It wasn’t until 1871 that the working became productive when the Maudlin and Hutton seams were wrought.

Wardley operated under the auspices of the National Coal Board until August 1974 when it was closed permanently.

What remains are the old bathouses and a few of the administrative buildings. 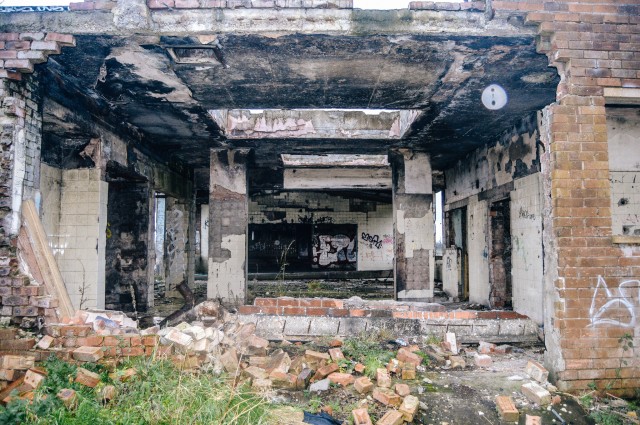 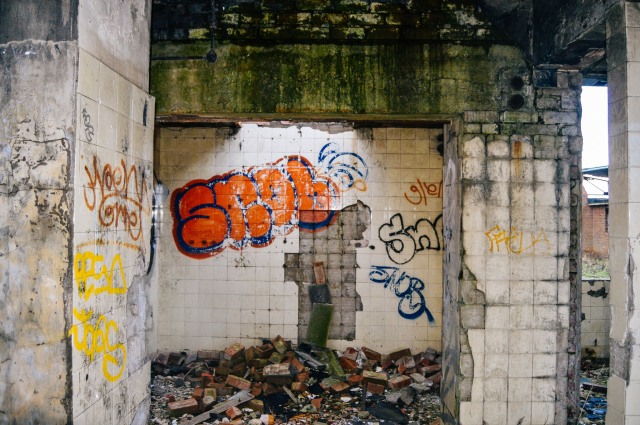 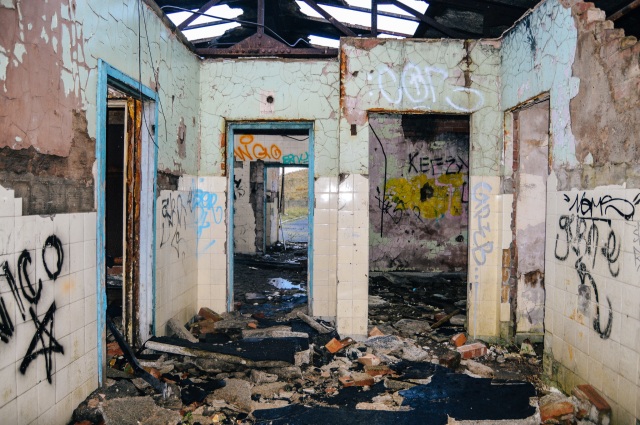 Satellite image of the site of Wardley Colliery. 2015, Google.

Wardley Colliery officially opened in 1855 but boring operations had commenced at the beginning of the century nearby. It wasn’t until 1871 that the working became productive when the Maudlin and Hutton seams were wrought.

Although the Durham Mining Museum holds some archival material on the colliery it is mostly statistical. Together with historical OS maps we can piece together the growth of the area.

The below OS map, from 1880, shows the area around the colliery (itself marked in red) as sparsely populated with only a couple of farms and older cottages.

However, the 1880s appears to have been a busy time for the colliery as by 1890 several rows of terraced housing (marked in blue) in extreme proximity to the colliery had appeared.

Less than a quarter of a mile away to the South, more dwellings cropped up running alonside the Pontop & Jarrow Mineral Railway which served the colliery.

This boom would prove to be temporary, however, with the colliery ceasing operations 1911. It was replaced by the nearby Follingsby colliery which was created to work Hutton and Maudlin seams which had been so productive for Wardley.

It is likely that the majority of the workers from the Wardley Colliery moved to Follingsby. In 1902 Wardley had 726 workers while in 1914, less than two years after opening, Follingsby had 636. Although that’s a net drop, the majority of those living in the slum housing would still have been employed by the mine.

The new colliery had the same management as the one it was replacing, and may have even been known colloquially as Wardley Colliery despite its official name being Follingsby (or Follonsby, according to some records). 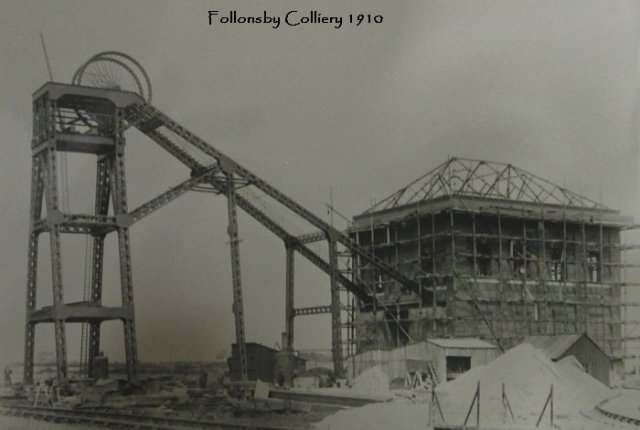 Follingsby Colliery under construction. Photograph dated 1910. From the collection of Norman Dunn (dunn247.co.uk).

Housing
The North East of England is notorious for its rapid industrial growth throughout the 19th century and into the 20th. Poor housing for workers was synonymous with the march of industry and Wardley presents a prototypical example of this.

Today’s large scale developers would be envious of the pace with which over 400 houses were erected in such a confined geographical area, especially as they were built on top of land that was rendered precarious because of the mine workings underneath it.

The workers of Wardley Colliery were concentrated in the makeshift streets within walking distance of the colliery. These were the imaginatively named First Street, Second Street, Third Street and Reservoir Terrace which to the immediate West, Quality Terrace (not Quality Street as some sources report!) to the East and Wagonway Street over the railway bridge to the South.

The houses were poorly constructed and jammed into confined areas. For example Wagonway Street, pictured above, managed to pack over 200 dwellings into a space now occupied by less than 30.

In 1938, when Follingsby Colliery was threatened with permanent closure, legendary MP Ellen Wilkinson raised the issue of housing in parliament noting that “for two generations the people there have been agitating and working for better housing”.

She talks also about the recent completion of a scheme for better housing, which likely refers to the initial wave of brick semi-detached houses built in Leam Gardens and the streets orbiting it.

Improved housing for workers in Wardley in the 1930s. © Crown Copyright and Landmark Information Group Limited (2015). All rights reserved 1930.

These houses still exist today and would form the blueprint for large scale developments across the whole the Felling Urban District throughout the 1950s and 1960s. In the early 1950s, Felling Urban District Council–which Wardley then belonged to–recognised the need to provide decent housing for those living and working in the pits.

Renowned North East planner William A. Geenty was chosen to lead the development and clearly laid out his plans for Wardley:

“[Wardley] is one of the units which will increase in size considerably. As it is bounded by railway lines to the west, north and east, and by a major traffic road to the south, it seems reasonable to create a local shopping centre with other social facilities alongside”.

Follingsby ultimately survived the temporary closure of 1938. John Bowes & Partners who had run the original Wardley Colliery since 1855 and Follingsby since 1911 decided it was too uneconomic to continue. Despite shutting down the operation and dismantling machinery on site, Follingsby was taken over by the Washington Coal Company. 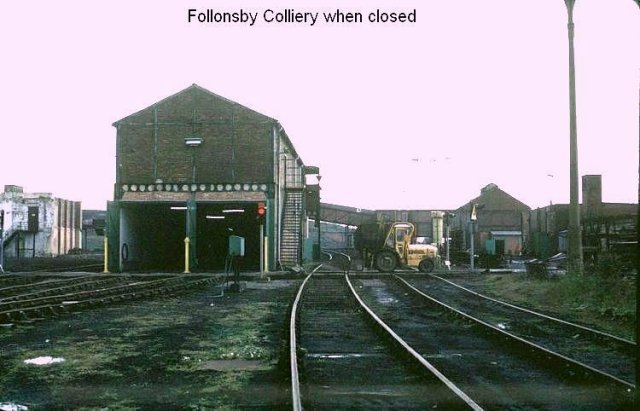 The former site of Follingsby Colliery in the early 1970s, just prior to demolition. From Norman Dunn’s collection (dunn247.co.uk).

Re-opening Wardley Colliery
Against the backdrop of Geenty’s new housing schemes, the original Wardley Colliery re-opened in 1959. The old site, which had laid derelict for almost half a century, was demolished and new buildings erected including a bath house. The refreshed Wardley Colliery merged with Follingsby Colliery, whose old workforce operated from the new site. 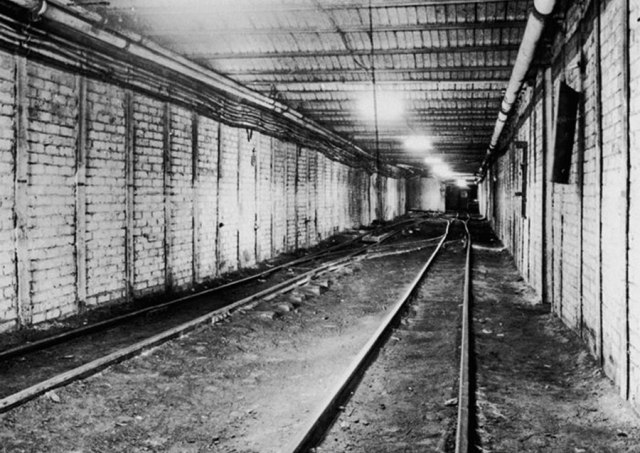 “This is the scene that greeted the miners of Wardley Colliery when they stepped out of the No. 2 Shaft cage into the 1480 Shaft Landing” – James Gill, Memories of Washington. © and date unknown.

As the coal industry had been nationalised some years before the new opening, the new site was operated under the auspices of the National Coal Board.

Unfortunately, the refreshed Wardley Colliery did not see much fortune and closed in August 1974 following many other closures around the country.

The site has been left derelict since 1974.