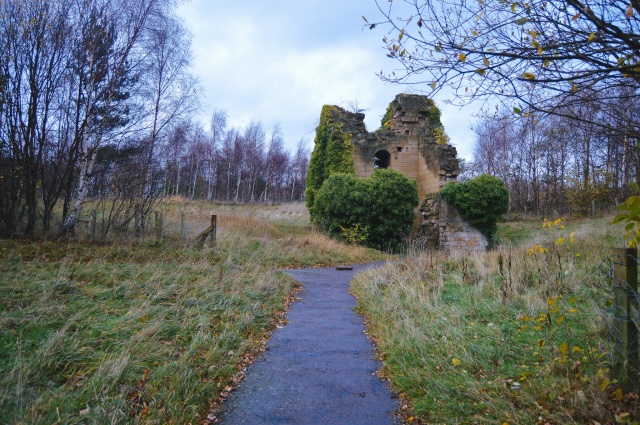 This piece of Gateshead’s industrial history was engineered by Robert Stephenson, which makes it baffling that it has not been a candidate for preservation. The pumping station’s job was essentially to remove over 1.5 million gallons of water from the mines around the River Tyne. The River was a persistent nuisance for the collieres dotted along its banks making Friar’s Goose essential to their continued operation.

This was at least the second pumping station built at Friar’s Goose, commencing operations in 1851. Although it’s grade-two listed there’s not even as much as a plaque on site. With ivy taking over and little attention from the landowner, whoever that is, the future does not look bright.

The Durham Mining Museum has an engraving of what I believe is the original pumping station. They would have been similar in construction as the later one was a replacement for the nonoperational original.